Join us on a journey that takes you to Albania, Greece and Macedonia, neighboring countries that in many ways share a common history through their heritage from Hellenism, the Roman Empire, the Byzantine Empire and the Ottoman Empire. Greece is probably the country that most Swedish tourists are most familiar with, while Macedonia and Albania may not yet be as well known. During the communist era, Albania was in principle closed to foreigners, but has slowly but surely become an increasingly popular tourist destination. More travelers have also begun to discover all that the relatively young Republic of Macedonia has to offer! 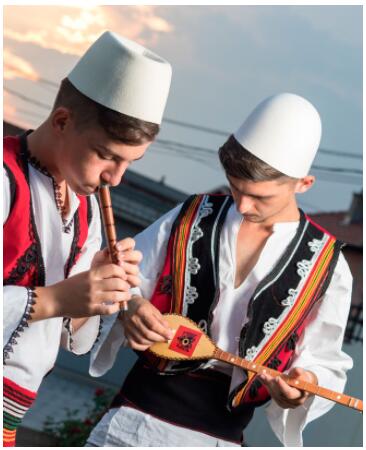 Join a cultural journey that takes you to some of the most beautiful and historically interesting places in Albania, Greece and Macedonia – a journey during which you not only get to know more about the past and present of these three neighbors but also get the opportunity to enjoy the sun. , wine and local delicacies!

Day 2: Excursion to Shkodra
After breakfast awaits a full day excursion by bus to Shkodra , one of Europe’s oldest cities which in ancient times was the capital of the Kingdom of Illyria. The city has always been an important cultural and commercial center and here are interesting relics from Albania’s different historical eras. Here we also get a unique opportunity to visit a workshop where many of the masks used during the Carnival of Venice are made. For most of the 15th century, Shkodra actually belonged to the Venetian merchant power and there are strong historical ties between Shkodra and the Italian city on the other side of the Adriatic. We then continue to Rozafa Castle , beautifully situated on a hill above the city. Rozafa Castle is Albania’s oldest fortress dating from the 4th century BC. From the old beautiful stone ruins you get a fantastic view of the city and the surrounding countryside. Here, anyone who wants can also taste the local brandy of the area. During the return trip to Tirana through the beautiful Albanian landscape, we stop in the charming town of Lezhe which in antiquity was a Greek colony under the name of Lissus. Overnight in Tirana. (Breakfast and lunch.) 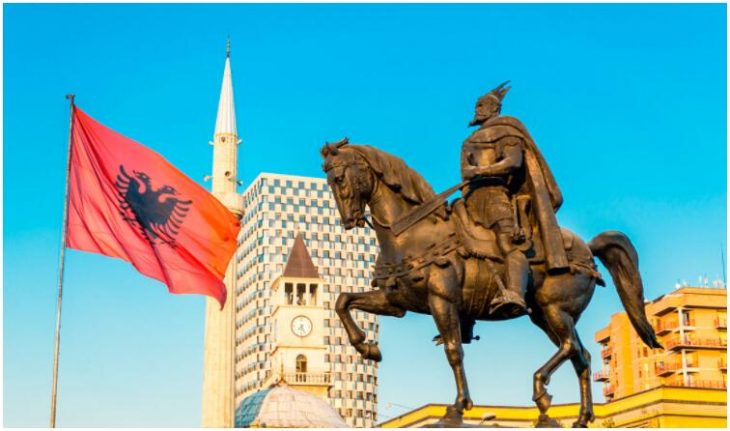 Day 3: Kruje and Tirana
Today we go to the old residence town Kruje, known for its castle whose oldest parts are probably from the 400s. We visit the castle and the famous Skanderbeg Museum which is located inside the walls. The museum is dedicated to Albania’s national hero Skanderbeg, a nobleman and warrior who defended Albania against the Turks during the 15th century. We also visit the nearby Ethnographic Museum housed in a beautiful old building erected during the latter half of the 18th century when Albania was under Ottoman rule. After lunch, those wishing to visit can enjoy the charming bazaar area near the castle. Here you can find exquisite handicrafts and beautiful rugs made by craftsmen and weavers who have carried on techniques and traditions through the centuries. Back in Tirana, a city tour awaits during which we visit the Blloku district , among other places.. Under the rule of dictator Enver Hoxha, Blloku was closed to ordinary citizens. Only the privileged elite like Enver Hoxha and the members of Albania’s Politburo lived here. However, the area has undergone major changes since then and is today one of the most interesting and trendy neighborhoods in Tirana with lots of popular cafes, restaurants and boutiques. During the guided tour, we get to learn more about the isolated Albania during the communist era, but at the same time get an insight into the new Albania that has begun to take shape after all the challenges the country faced after the fall of communism. Our sightseeing tour also takes us to the lively Skanderbegtorget where there are several interesting buildings such as the beautiful Ethem Bey Mosque. Here you will also find a famous statue of the national hero Skanderbeg after which the square is named. Overnight in Tirana. (Breakfast and lunch)

Day 4: Durres – Appolonia – Gjirokastra
After breakfast, a bus ride to Albania’s second largest city – the coastal city of Durres on the Adriatic Sea awaits . Durres was founded in the 6th century BC as a Greek colony under the name Dyrrachion and became the capital of the Roman province of Epirus Nova under the name Dyrrhachium in the 3rd century. Our guided tour focuses on the city’s proud history and rich heritage from antiquity. During the day we visit, among other things, a Roman amphitheater which once housed 20,000 spectators and which in its time was the largest Roman arena in the Balkans. We also see the old city ​​wall that was built when the city belonged to the Byzantine Empire, a Roman bath and the Durres castle, originally built in the 400s but during the Middle Ages strengthened and expanded with watchtowers by the Venetians. After lunch we visit the orthodox monastery Ardenica , beautifully situated on a high hill from where you get a fantastic view of the Albanian landscape. The monastery was built in the late 13th century and is known for its beautiful frescoes. We continue to the ruined city of Apollonia named after the Greek god Apollo. The city was built in the 6th century BC and once had 70,000 residents living inside the old city walls. The scenic surroundings are full of well-preserved historical relics and after receiving an introduction to what life might have looked like here in antiquity, our journey continues to the city of Gjirokastra for an overnight stay. (Breakfast and lunch) 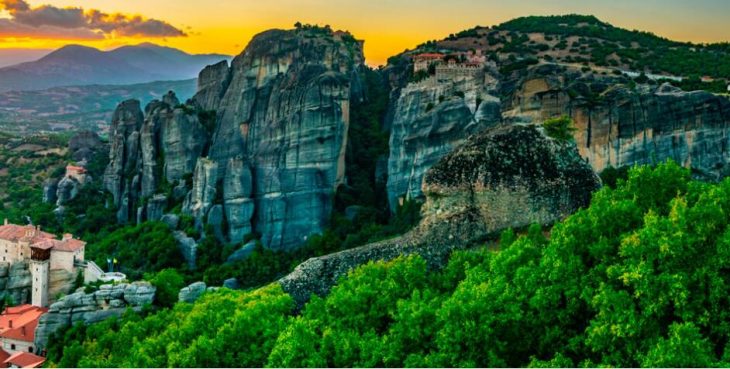 Day 5: Gjirokastra
Gjirokastra’s old town is fabulously beautiful and is a UNESCO World Heritage Site. Among the city’s unique architecture you will find clear elements of Ottoman 17th century architecture, but there are also beautiful buildings built during the 19th century where inspiration was taken from elsewhere. During our city tour along the city’s steep cobbled streets, we get to know more about the region’s history and unique culture. We visit the main sights, including two museums inside the walls of Gjirokastraborgen . The castle is located on a hill above the city and along its slopes winds white houses with characteristic stone roofs and wooden balconies. It’s hard to imagine Albania’s dictator Enver Hoxha was actually born in this beautiful and charming old town! During our visit we get to know more about Hoxha. Overnight in Gjirokastra. (Breakfast and lunch)

Day 6: Ioannina – Kalambaka (Greece)
After breakfast we travel across the border to Greece and the city of Ioannina . The city, which is the capital of the district of Epirus, was founded by Emperor Justinian I in the 5th century and is beautifully situated on the western shore of Lake Pamvotida. During our city tour we get to see the ruins of Greece’s oldest Byzantine castle built in the 5th century and the Aslan Pasha Mosque from the early 17th century. The city has a rich and multifaceted cultural heritage and has been influenced by Christian, Jewish and Islamic traditions over the centuries. After lunch, the journey continues through the Greek landscape towards the resort Kalambaka in the region of Thessaly. Here, from the 11th century onwards, monks settled on top of tall, seemingly inaccessible sandstone pillars. After overcoming a number of logistical and technical challenges, during the 15th century the monks had finally succeeded in building a total of twenty-four monasteries on the steep rock formations. In the afternoon we visit the Greek Orthodox monastery complex Meteora which is the largest and one of the most spectacular of the handful of monasteries that are still active. The view from here is unbeatable! Overnight in Kalambaka. (Breakfast and lunch)

Day 7: Meteora – Heraclea Lyncestis (Macedonia) – Ohrid
After breakfast we visit Agia Triada (Holy Trinity Monastery) which in the early 20th century could still only be reached with baskets and rope ladders. We reach the top after climbing the stairs that came into being during the 1920s and get a fantastic view of the landscape after admiring the beautiful murals that the monastery is famous for. We continue through the Greek landscape towards the border with Macedonia . On the other side of the border we visit the ancient city of Heraclea Lyncestis named after the Greek hero Heracles in Greek mythology. The city was founded by Philip II of Macedonia in the middle of the 400s BC. and was for a long time a rich and important city due to its strategic location along the route between Rome and Constantinople. Among the impressive remains from the city’s heyday are, for example, the ruins of an amphitheater and very well-preserved mosaics. We then continue towards the town of Ohrid located on the eastern shore of Lake Ohrid . Overnight in Ohrid (Breakfast and lunch)

Day 8: Ohrid
Ohrid is an old European cultural city that has existed since antiquity. The city with its many fantastic sights is included on the UNESCO World Heritage List. Today, a full day excursion awaits in the city and surroundings. We’re visiting Tsar Samuel’s castle , built in the 11th century. The castle is located high above the city overlooking Lake Ohrid and with its thick walls and many watchtowers, the castle was long considered one of the safest defenses in the entire Balkans. In the medieval church of St. Sophia we see fantastic ceiling and wall paintings that are often mentioned as some of the absolute foremost examples of Byzantine art in the Balkans. After lunch we head to the Sveti Naum monastery , beautifully situated on a cliff next to the lake. The monastery was built more than a thousand years ago and in addition to its scenic surroundings is also known for its invaluable art treasures in the form of icons and frescoes. Overnight in Ohrid (Breakfast and lunch)

Day 9: Ohrid – Skopje
After breakfast we start the last stage of our journey, namely the one to Skopje . Skopje offers an exciting mix of modern architecture and older buildings related to the city’s Roman, Byzantine and Ottoman heritage. Skopje’s main landmark is the city’s castle dating from the 5th century. The castle is majestically located on the highest height of the city above the river Vardar. During the day trip we also walk on the six hundred year old stone bridge that spans the river in the heart of the city and then visit the house where Nobel Laureate Mother Teresa lived between the years 1910-1928. We also have time for a visit to Skopje’s colorful bazaar areawhich has been here since the Ottoman era. Overnight in Skopje (Breakfast and lunch)

Day 10: Return from Skopje
Transfer to the airport and flight to the place of boarding. (Breakfast) 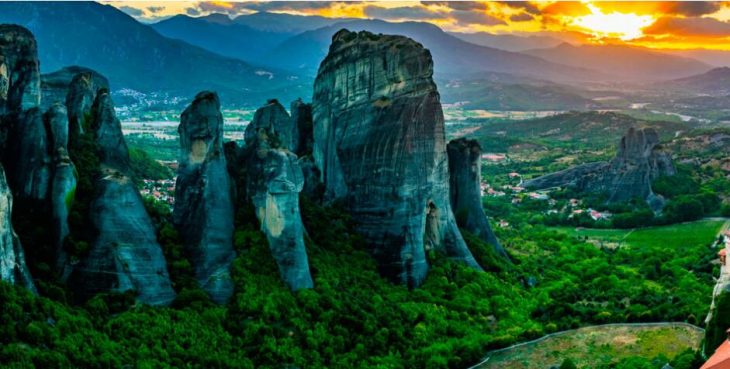